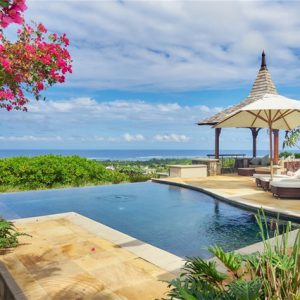 For many South Africans, even a short vacation overseas is scuppered by the dismal exchange rate and investment on foreign soil has become an impossible dream only the super wealthy can realise.

This is according to Timo Geldenhuys, director of Mauritius Sotheby’s International Realty, who says, however, there are still a few places in the world where the rand has property investment value, one of them just a short flight away to idyllic Mauritius.

It’s on this island where an increasing number of South African real estate investors are taking advantage of the agreeable exchange rate, promising returns, favourable investment regime and business opportunities.

In fact, South Africans can buy a second home in Mauritius for around the same price as they can in the more desirable areas on the local coastline, with very reasonable air fares and a short flying time adding to the appeal.

Geldenhuys says for instance, at the entry level in Mauritius, you can buy an apartment for R6 million and at the top end of the market are freehold villas in the R13 million to R40 million price range, depending on size and location, which is similar to what can be bought on the beachfront in towns like Plettenberg Bay and on the Atlantic Seaboard in Cape Town.

“Aside from our proximity to South Africa and the leisurely island lifestyle, there are also numerous benefits for South African investors,” he says.

“Mauritius offers not only social and political stability, a strong and diversified economy and a sophisticated financial services industry, but also an educated and bilingual workforce and a pool of skilled and qualified professionals.”

“Depending on the development, such properties often include golf courses, marinas, restaurants, sports complexes and fitness centres. Buying property in an IRS development automatically entitles the buyer to residency in Mauritius, and with around six IRS developments dotting the coastline of the island, investors have various options from which to choose.”

Geldenhuys says a second scheme was developed more recently in an effort to afford smaller landowners and individual investors their share of the property development pie.

“The Real Estate Scheme (RES) is based on the IRS model, the differences being that there is no set minimum sale price, the total development must be on less than 10ha and the buyer is only entitled to a residence permit if the property purchased is worth at least US$500 000.”

Geldenhuys says the introduction of these two schemes has made a notable impact on the Mauritian property market in recent years with a marked increase in foreign investment.

“Statistics from the Mauritian Board of Investments show that 30% of foreigners who have bought property in the Integrated Resort Schemes (IRS) on the island are from South Africa, 37% are from France and 20% from the UK.”

Earlier this year, the two schemes were merged into the new Property Development Scheme (PDS) to streamline the process of foreign property ownership. The PDS does not differentiate between small and big landowners and harmonises the registration duty to a single rate of 5% instead of US$70 000 on registration of a deed under IRS and US$25 000 under RES.

However, developments having already obtained their IRS or RES certificates will continue unchanged as per the previous regulations.

“A significant advantage to buying property in Mauritius is that it allows South Africans to use their rands to invest in a dollar-based property market.

“Mauritian taxation is also more favourable to both individuals and corporate entities, which are taxed at a flat rate of only 15%. Additionally, there is no Capital Gains Tax and Mauritian authorities do not require any Estate Duty should an owner pass away.”

Geffen says most South Africans are aware that they are restricted in terms of the flow of their funds out of South Africa, with the current out-bound allowance being a maximum of R4 million per person per year.

“However, many aren’t aware that the SADC property allowance which came into effect in 2010 allows individuals to invest in excess of the R4 million limit in property without impacting on the designation or extent of their offshore allowance.”

Geldenhuys says to qualify as a Mauritian tax resident, an IRS or RES property owner must declare their intention to the South African and Mauritian Revenue Services at the start of the tax year and thereafter they are required to spend a minimum of 183 days per calendar year on the island.

The new, luxurious island-style residential retreats which were established under the Real Estate Scheme (RES) are all open to freehold purchase by foreigners, who can now buy their corner of paradise in secure gated residences, which boast spectacular ocean and mountain views and offer upmarket, sophisticated comfort.

One of the most popular developments is the award-winning luxury residential estate Villas Valriche in the south, which boasts a string of accolades, including Best Golf Development Award for both Mauritius and Africa at the International Property Award in 2014 and Indian Ocean’s Best Golf Course from World Golf Awards.

Villas Valriche has sold more units to South Africans than any other local development, and South Africans now account for more than 30% of its residents. Buyers are attracted by the world-class amenities, which include access to a beach club and two neighbouring 5-star hotels, a shopping centre and facilities such as the helipad, luxury spa and water sports activities, says Geldenhuys.

In the West, the spectacular Black River region offers the only residential marina on the island.

“This is a unique investment opportunity to own a freehold villa and to enjoy a relaxed waterside lifestyle with private mooring and boatyard facilities, as well as hotel, restaurant and spa access,” says Geldenhuys

“To the north you will find developments such as Azuri and Royal Park, which are developed as mini villages and offer all the convenience of a resort lifestyle with access to myriad cultural attractions, sporting and leisure activities, restaurants, bars, shops, spas and medical facilities.”

Because Mauritius is an island and most commodities are imported, the one disadvantage is that the cost of living is slightly higher than in South Africa, but it seems to be a small price to pay in exchange for the benefits of low taxation, a safe environment, unparalleled lifestyle, connectivity to Europe and UAE and second homeownership with permanent residency abroad, says Geffen.