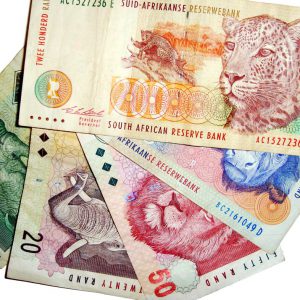 The Reserve Bank’s monetary policy committee (MPC) raised the repo rate by 25 basis points to 6.25% on Thursday‚ citing concerns over a weak rand and rising inflation.

Of the 13 economists polled by BDpro‚ eight expected unchanged rates‚ while the rest had forecast a 25-basis-point increase.

Inflation is now expected to average 4.6% this year from an earlier forecast of 4.7% while economic growth is forecast at 1.4% compared with 1.5% at the MPC’s September meeting.

Inflation is still expected to temporarily breach the upper end of the target band next year but at lower rates of 6.4% (previously 6.7%) in the first quarter and 6.1% in the fourth quarter.

Rates were last raised by 25 basis points to 6% in July. Four of the members of the MPC voted for the increase‚ while two voted to keep rates on hold.

This was the Bank’s last meeting for the year.

“A rise of 25 basis points is not large in itself, but this will be the third increase in little over a year and when one factors in the 8% to 11% increase in transfer fees imposed to swell government coffers, it puts immense strain on the housing market,” said Lew Geffen, Chairman of Lew Geffen Sotheby’s International Realty.

“There is also a knock-on effect for consumers. The South African economy is stagnant, the currency is under enormous pressure, we are facing the prospect of having to import staple food stuffs for the first time in nearly a decade and electricity prices will continue to rise at a rate far above inflation.

“We are already seeing growing debt defaults and the irrational exuberance that prevailed in the property market previously has calmed down to just exuberance,” said Geffen.

“In 2016 house prices will continue to rise driven largely by stock shortages, but not at 2013/2014 rates. We’re likely to see year-on-year price increases slowing to around the rate of inflation from the 8% to 10% we’ve been seeing in recent years.

“Sellers need to curb their expectations and with more rates hikes in the offing, 2016 will not be an easy year for home owners.”

“Although it’s not the MPC’s job to protect the currency, the currency depreciation will certainly place further inflationary pressures on the consumer,” said Rhys Dyer, CEO of home loan originator ooba.

“In terms of bond repayments a hike of 25 basis points only equates to a monthly increase of around R170 per R1 million, but factor in the current drought, increasing costs of home ownership, electricity costs, petrol prices and rising credit default rates and consumers are likely to be facing a tough year ahead,” said Dyer.

“Despite tight consumer financial restraints, house prices continue to rise, albeit at a slower rate than in 2013/2014.  We expect house prices to continue to rise next year at a rate similar to the inflation rate, driven primarily by ongoing stock shortages in the residential property market.

“My advice to prospective buyers is to afford themselves some breathing room in regard to their financial commitments because we believe further rate increases are on the cards for next year.”